On Wednesday 3rd August Gracehill Afterschool Club Ballymena set off to W5 in Belfast. The Logans bus arrived and 25 very excited children were ready to go. We arrived at W5 just before 11am, after a loud bus journey!

Once inside we met a staff member from W5 who very kindly showed us to our area. He gave the children a quick safety talk and we then had an itinerary to help make our day enjoyable. After a snack and drink the children were ready for action. We headed up to the top floor of the building and into the first area. Lots of great fun was had as the children explored all the different activities. It was then down to Climbit for another half hour of fun. The children really loved this, as they climbed and made their way up through to see who could make it to the top. By the end of this we were all ready for another drink and lunch.

After our picnic lunch the batteries had been recharged and the children were ready for off again. it was time for The Lost planet. An hour in the soft play area was the highlight of the day! The children made their up to the top of the play area, through tunnels, up ladders and then had great fun coming down the long winding slides. A drink was well earned after The Lost Planet.

With a couple of hours left we headed back up to the fairy tale area. ‘ Over the hills and far away’ was like a fairy tale adventure with Snow White, Peter Pan and lots of fairy tale characters. The children had a brilliant time building castles with blocks and completing the three little pigs house.

Gracehill Afterschool had a fantastic day at W5.

Easter Excitement began at Gracehill Afterschool Club Ballymena when schools finished for two weeks holiday. The children were very excited to be off. Easter preparations were underway. Lots of painting and colouring of Easter eggs took place. Bunting made the club look great as the Easter Excitement continued.

Gracehill Afterschool Club children enjoyed making their own Easter Excitement. Bunny ears and lots of pictures were made and coloured. Easter baskets made from junk art. A good hiding place for the chocolate eggs! The children made a lovely colourful wall display. ‘ Every Child Is an Artist’ was the title.

Easter Excitement continued with a trip away. The sports hut in Ballymena was a great day out. The children and staff had a brilliant time. With the children in two groups, Nerfs Wars and games were organised. A picnic lunch was much needed after a lot of running around. A lot of tired children and staff returned to club in the afternoon.

Baking was also included in the Easter Excitement. Yummy Rolo cookies were made and taken home. They tasted delicious with the toffee and chocolate all melted inside. Some cookies didn’t make it as far as home!

Gracehill Afterschool Club Ballymena had a very busy few weeks. Christmas Craic at the club was fantastic. The children began at the start of December putting up the Christmas decorations. The adults were very excited too. The coloured lights were put on the trees and the beautiful baubles were added. It was then time for the other decorations to be made. Great fun was had by the children when making paper chains. These looked great when we put them up in the afterschool club. It was beginning to look a lot like Christmas!

Christmas Craic continued at Gracehill Ballymena with the display work. Santa’s postbox was painted all ready for the letters from the boys and girls. The little elf was looking well in his green hat and outfit. Snowmen were painted and made from bottle tops. Santa’s naughty and nice list was written. The staff all ended up on the naughty list for some reason! A lovely colourful, Christmas display was completed as part of Gracehill’s Christmas Craic.

Christmas wouldn’t be complete without a dinner. The staff prepared and cooked a lovely Christmas dinner with all the trimmings. The children who were in club on the last day before our holidays enjoyed this yummy dinner. The pudding was even better. Ice cream and a Cadbury’s flake. Delicious!

Christmas Craic at Gracehill afterschool club was finished off with a few party games. Musical chairs and statues was enjoyed and pass the parcel went down a treat. A few nibbles were eaten in the afternoon along with a movie to finish off the day.

Super Summer Fun at Gracehill Afterschool Club Ballymena started with the shorts and t shirts on and the sun shining. The weather was fantastic and so the children were ready for super summer fun. Picnics in the village square were enjoyed under the shade of large trees.

Super summer fun was had when Carnival Promotions paid a visit. Lots of laughter could be heard at the magic show and the children loved winning prizes. We had so much fun that we invited them back for a disco. With colourful lights and loud music the children had a brilliant time dancing and playing games.

Leah our student, got the children to help paint and cut out some beach balls which were used to make a game. The children really enjoyed playing the beach ball game and competing against each other to see who would be the winner.

Gracehill Afterschool Club’s super summer fun continued with lots of art activities. These included lovely sand pictures being made. Lighthouses, seagulls and boats were all made and some taken home for mums and dads. Super summer fun was had by lots of children who helped with the display. Painting and decorating the display is always greatly enjoyed and a beautiful postcard was created to put on the wall.

We finished off our Super summer fun with a BBQ. Burgers and sausages were well received and enjoyed by all at club. A great summer was had by all at Gracehill Afterschool Club Ballymena.

Fun Activities at Gracehill Afterschool Club Ballymena commenced with the children making a new display. The children decided that Space would be the theme. After a lot of research the children were ready to begin. Paint was mixed, and planets were drawn. The space display was starting to take shape. Great fun was had getting all the planets in the right position. The display looked fantastic with the black background and all the planets added. The astronaut finished the display off nicely.

Baking of course was also on the list for Fun activities at Gracehill. The cup cakes were purchased and sheep and ladybirds were created. Icing and mini marshmallows were used to make the sheep, finishing them off with two sweetie eyes. The ladybirds needed bright red fondant icing and again sweets were used to finish off. The children took they treats home and they were really enjoyed. These yummy buns reminded us spring and summer was near.

Fun activities at Gracehill Afterschool Club Ballymena continued with lots of creative work. The Lego is very popular and lots of master pieces built. Arts and crafts still were designed and lots of great pictures were drawn and designed. Some children had a great idea! They decided to use the janga blocks to make a tower. The aim was to be able to use all the blocks. The building work began with a few falling blocks to start with. With a lot of Perseverance the tower was completed with a photograph taken to show of the hard work. 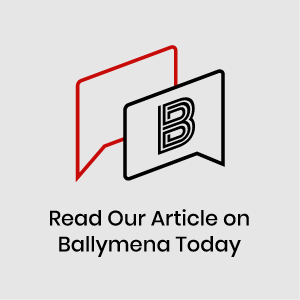